Experience the traditional Balinese way to health and beauty. Our enormous wealth of diverse ecosystems makes Bali a botanical treasure trove. The medicinal qualities of the abundant plant life have, for centuries, formed the backbone of health and beauty therapy throughout this huge and exotic realm. The following are some of the most common herbal spa ingredients that comprise the exclusive mixtures offered by most of  the  spa in Bali.

Tumeric is one of the key ingredients in Bali healing concoctions. It is used internally and externally for its astringent and cleaning properties, typically as an herbal medicine to treat stomach discomfort and in cosmetics to promote healthy skin. When crushed, the oil this rhizome yields is an efficient natural moisturizer and it also has antiseptic properties.

Cinnamon is most commonly used as a culinary spice, either in the form of quills from the bark of the tree or as a powder. Otherwise, it is popular in milky or alcoholic drinks to stimulate a sluggish digestive system or to relieve flu symptoms. Cinnamon is a key ingredient in spicy body scrubs as well as slimming & cellulite reduction treatments

This spicy herb is eaten raw and adds flavor to many local dishes. Sweet basil has medicinal properties and is used in traditional healing to help reduce mucous, eliminate gas and aid digestion. As an aromatherapy ingredient, the essential oil of the basil plant is used to refresh the senses and relieve tiredness.

Mint is a blood cleansing plant with its antiseptic and antibacterial properties, and it aids digestion. In modern spa treatments, it is used as an ingredient in body wraps and foot treatments because of its refreshing smell. The essential oil of mint is used in aromatherapy to invigorate the senses and ease nasal congestion. Mint is also mixed with cream bath conditioners and massaged into the scalp to combat dandruff and to stimulate hair follicles to grow.

A signature ingredient in Bali cuisine, this grass-like herb has a sharp, fresh, lemony aroma, making it a favorite flavoring in many foods and drinks. It is eaten to speed up a slow digestive system, and its oil is good for calming hot, perspiring feet. As a medicinal herb, it was traditionally used to cure skin problems and headaches, and was burned to kill germs and repel insects. Lemon grass is a common ingredient in Bali herbal compresses due to its soothing, invigorating and antiseptic properties, while the aroma relieves stress. As part of traditional herbal steam baths, it helps to clear the head and soothe hangovers. Burn lemon grass oil for an effective room deodorizer and a refreshing smell.

Cloves have analgesic qualities and are traditionally used for pain relief, especially for toothaches. They are also antiseptic and increase overall blood circulation; when chewed, cloves can stop excessive flatulence. Suck on a clove when you are tired or stressed, or if you want to give up smoking. Cloves are a primary ingredient in many body wraps and scrubs.

This rhizome is often mistaken for ginger. It is a popular ingredient in Balinese soups and curries because of its fragrant, tangy aroma. Though too pungent to be eaten raw, the fresh root is used in traditional medicine to relieve digestive ailments and to cure skin diseases. Galangal finds its way into spa treatments as an ingredient in herbal body masks and scrubs.

Balinese uses both the young and mature ginger rhizome in many foods and beverages. Ginger is known for is stimulant properties, which have a heating effect on the body. Taken as an herbal drink, it helps reduce gas and aids digestion. Traditionally, Balinese mothers used ginger treatments if their babies had upset stomachs. In aromatherapy, its essential oil is used to boost blood circulation and relieve aching and stiff muscles.

The incredibly sour tamarind fruit is utilized in a variety of ways in Bali cuisine, and it also has a wide array of medicinal uses. The bark is used as an astringent, the flowers can reduce blood pressure and the fruit has a laxative effect. A refreshing tamarind drink can relieve constipation. The leaves are used in herbal steams as the acidity is thought to help the skin absorb other herbals faster. Traditionally, tamarind paste is mixed with other natural spa ingredients to create beauty products: its high AHA content makes it an effective natural exfoliation. When applied to the face and body, it brightens and smoothens the skin.

This leaf is used in Bali cuisine to add a lemony flavor to soups and salads, while the zest is a popular ingredient in herbal compresses and the oil is used in aromatherapy. The fresh Kaffir Lime fruit is an all purpose hair care aid, making tresses soft and silky.

Rice is not just a food, it is a culture and a way of life. Thais have adopted raw rice as the typical base to bind herbal concoctions, and it is a primary ingredient in natural body polishes due to its exfoliating properties.

Bali is the world’s leading destination for wellness, spa, yoga, healing & spiritual vacation. On our website you can find a the best spas on Bali.
Save up to 50 % for your spa treatments when you book with us !
Add a Spa now 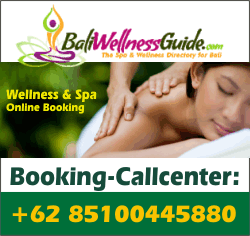